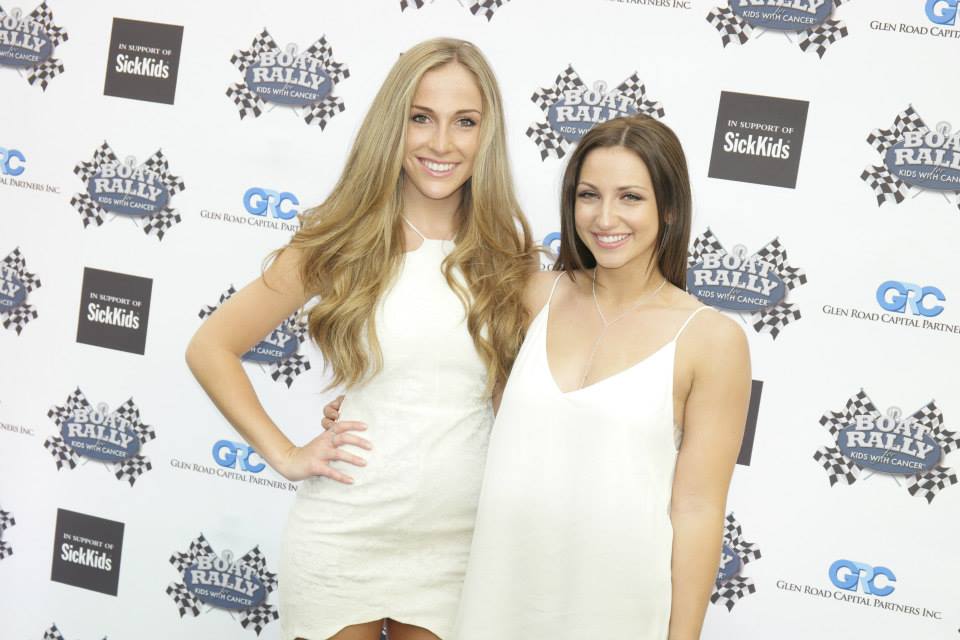 The eighth annual Rally for Kids with Cancer Scavenger Cup will be held September 18 and 19, 2015 in Toronto in support of pediatric cancer research, treatment and care for The Hospital for Sick Children (SickKids)

The eighth annual Rally for Kids with Cancer Scavenger Cup will be held September 18 and 19, 2015 in Toronto in support of pediatric cancer research, treatment and care for The Hospital for Sick Children (SickKids), announced Event Chairman Bobby Genovese, Chairman BG Capital Group and BG Signature.

“As the event chair and co-founder of the Car and Boat Rally events, which began in 2008 and have since generated more than $15 million for the Hospital for Sick Children, said Bobby Genovese, Chairman of the Board BG Capital Group. “All children should be given the opportunity to lead full, happy lives. Through this incredible event we can make a difference together and rally for kids with cancer!”

SickKids is one of the top children’s hospitals in the world; renowned for its world-class patient care, research, education and advocacy. Through donor support, SickKids has become a charity that strategically invests in research and training programs that have the potential to improve the health of children across Canada and around the world.

Cancer is the most common cause of disease-related death among Canadian children, and the rate of occurrence continues to rise. This world-renowned place of research, healing and hope, sees approximately 360 new cancer patients each year. All Rally participants and celebrities share the SickKids vision: Healthier Children, A Better World.

Car enthusiasts and philanthropists who participate as drivers must raise a minimum of $25,000 each, to enter their car and draft a Celebrity Navigator. Fuelled by an extraordinary schedule of events and exclusive pit stops, Rally Drivers and Celebrity Navigators embark on a journey of a lifetime.

The Rally for Kids with Cancer Scavenger Cup kicks off with “The Qualifiers” Celebrity Draft Party on September 18 at Muzik, located at 15 Saskatchewan Rd, Toronto, ON, in Toronto. This cocktail reception provides Rally Drivers with the opportunity to meet and recruit their desired Celebrity Navigator, along with scrumptious food provided by local area restaurants. The premium drafting positions will be determined based on the amount of dollars fundraised.

On September 19, the “Start Your Engines” Brunch takes place at the Ritz-Carlton, located at 181 Wellington Street West in Toronto. Adrenaline will be running high as Car Rally Drivers and Celebrity Navigators get ready for the checkered flag to wave. A delicious brunch will be served before participants set out on an adventure that will challenge, entertain and inspire. Fuelled by an extraordinary schedule of Pit Stops at some of the most renowned establishments and venues in the city, Car Rally Drivers and Celebrity Navigators will embark on a journey led from one clue to the next. Along the way, participants will interact with some of the most unique and inspiring children.

The final destination of the Rally is “The Winner’s Circle” a star-studded gala dinner at the Ritz-Carlton – 181 Wellington Street West. Rally drivers, celebrities, sponsors and invited guests will revel in their memories from the past two days while enjoying an incredible dinner and award-winning entertainment, with live auction prizes and the Scavenger Cup awards ceremony.

Auto World Imports (AWIN) Auto Group is the presenting sponsor and one of Canada’s most prestigious and well-respected auto groups, comprised of 13 auto dealerships in Toronto, Thornhill, Richmond Hill, Markham, Durham and Oakville, as well as in Victoria and Nanaimo. “ Awin is proud to come together with our fellow sponsors, participants and celebrities, in the hope to not only increase awareness of the cause but to succeed in raising much needed funds to help children in their fight against cancer.” said AWIN General Manager Paul Roach. For more information, visithttp://www.rallyforkids.com. To arrange an interview, please contact:
Lorraine Quartaro
Director, Communications, Solutions with Impact
T: (416) 703-5371 x 236
C: (416) 433-7232
F: (416) 703-7425 lorraine(dot)quartaro(at)sympatico(dot)ca